We took a group of year 3/4 pupils to a 'Change 4 Life' festival at Thurstable to learn some new sports and skills. The children had a fantastic time representing St. Luke's.

Cross Country Event at The Northern Gateway Sports Park with years 3, 4, 5 and 6 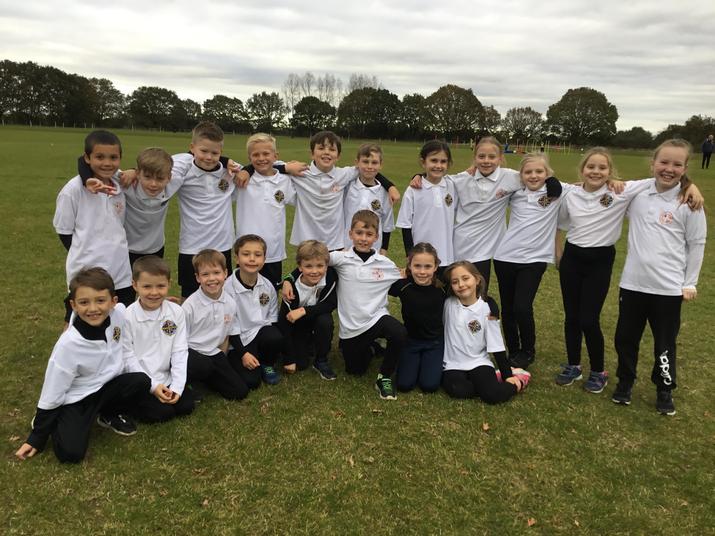 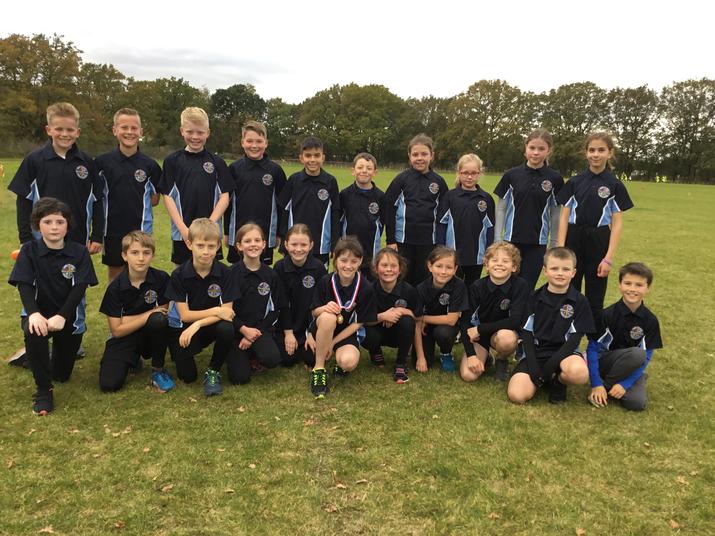 On Tuesday the 9th Of November we took a group of year 3, 4, 5 and 6 pupils to a cross country event at the new Northern Gateway Sports Park in Colchester. The children ran in the same gender year groups against other schools, with approximately 70-80 children in each race. The children all ran to the absolute best of their ability and did the school proud. Just a few special mentions; firstly, to Mia who came first (by a long way!) in her year group and will be going forward to compete in the Individual School Games County Finals in April. Secondly to Mason and Rayan who came 6th and 7th in their year group, Imogen who came 10th in her year group, Blaise who came 11th in his year group and Jaxson who came 17th in his year group.

We are very proud of you all. A special thank you must also go to all the staff and parents who helped transport and then support the children, because without you we wouldn't be able to attend these events.

On Wednesday the 3rd November a group of year 5/6 children attended the finals of the Colchester-Blackwater SSP mixed football tournament. We were one of the top 8 schools who had qualified from the whole of Tiptree, Maldon and Colchester.

We played 7 games with the following results:

The children all played brilliantly and we had some great goals from Rayan, Ollie, James, Danny and Mason. Scott made some amazing saves and the rest of the team demonstrated some fantastic football skills and tremendous sportsmanship. They were a credit to the school.

We had to wait anxiously to see where we had come in the competition. We all thought about 3rd or 4th. However. after a tense wait and run down of results from 8th to 1st, we found out that we came 2nd!!! We were all over the moon and Mrs Heard and Mrs Walker were very proud of them all.

On Tuesday the 12th October the year 5/6 football team played Great Bradfords Primary School in the first round of the U11s Parish Cup. They won 2-0 with cracking goals both from Danny. We also hit the cross bar 3 times!!! The boys played absolutely brilliantly together as a team, led by their captain, Mason and showed great sportsmanship. They were a credit to the school.

Man of the Match: Mason

Wednesday the 22nd September was National Fitness Day and it is a chance to highlight the role physical activity plays across the UK, helping us raise awareness of its importance in helping lead healthier lifestyles through being physically active. The theme this year was, 'Skip, Hop Hooray' where children across the country had to skip in some form. We all had a go at skipping at some point throughout the day, and had lots of fun.

On Wednesday 29th September we took at team of year 5/6 footballers to a mixed football tournament at Shrub End. We were put in a group with four other teams. We won our first game 3-1 with goals from Danny and James. Our second game we lost 2-0. We fought back in the third, winning 1-0 with a goal from Ollie. The last game was won  1-0 with a goal from Mason. We came second in our group, just missing out on top place by one point, however, we have made it through to the finals in November. All the children played brilliantly and demonstrated great attitude and teamwork. They were a credit to the school, and we look forward to the next round!